Are you looking for a simple nootropic that isn’t loaded with stimulants? Noocube may be the best choice. It’s packed with almost all of my favorite nootropic ingredients (minus noopept) which made me very intrigued when I first got my bottle. In fact, you may notice that it is very similar to another very popular nootropic on the market right now… 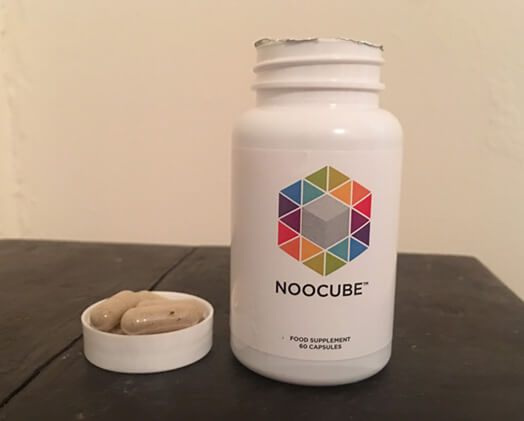 Noocube is one of the various supplements designed and manufactured by Wolfson Berg Limited. I’m always a little skeptical of nootropic companies that are actually just broad supplement companies. They sometimes tend to throw together random cheap ingredients (including tons of caffeine) and call it a “nootropic” to capitalize on the biohacking boom that’s occurring right now. I see so many of these types of supplements that I don’t even review most of them. However, Noocube is different. This little brain boosting supplement isn’t loaded with stimulants. It actually has a blend of ingredients that are very beneficial to brain health, overall focus, and learning capabilities. 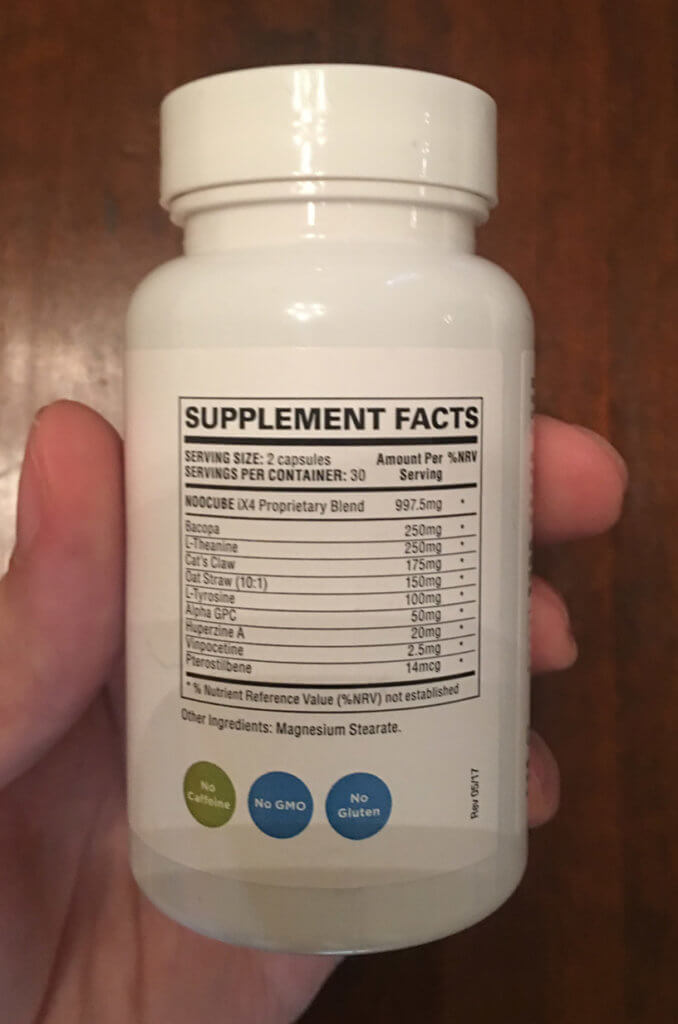 To properly analyze Noocube, I’m going to break down the ingredients. We’ll be looking at the research-backed benefits of each to see if this nootropic actually does what it claims to.

To properly review Noocube, I spent seven consecutive days taking it. Below you will find my notes and experiences of each day.

As with all supplements I first receive, I chose to take a half dose of Noocube in the morning the first day. This is a precautionary measure to make sure my body doesn’t react negatively.

Since I only took half a dose, I wasn’t expecting much. Other than experiencing slightly less fatigue in the morning, there wasn’t any other effects.

Because I was going to be traveling today, I chose to wake up early, have a small breakfast (two eggs and half an avocado) and go to the gym. As I was warming up on the treadmill at around 6am, I noticed my fatigue start to clear almost immediately. Surprisingly, I felt awake even though I had only slept for a maximum of around five and a half hours the night before. My workout went smoothly — not any better or any worse compared to previous sessions.

Later in the day, I did start to feel a euphoric motivation to work. I believe that this was the result of combining an early morning exercise routine with Noocube. I was mentally energized. Not like one would feel after drinking coffee but rather how you feel after waking up after a nap — content, not fatigued, and ready to get things done.

Although I didn’t workout today, I did still feel motivated after taking Noocube. Much like Alpha Brain, this nootropic gives me a clearer mind, which helps me stay on task for longer periods of time.

I had a few calls today and noticed I was able to speak without tripping over my words as much. This is a big plus for me as I usually catch myself saying “um” a little too much when speaking.

One thing I noticed is that there is no energizing effect. That is because there are no stimulants in Noocube. I like this because it allows me to drink coffee or tea without having to worry about intaking too much caffeine.

Day four was a Saturday so I didn’t have a demanding schedule to stick to as I did the previous three days. However, I found that I was still able to benefit from Noocube’s effects.

First, I went on a mid-morning run. Whereas I usually stop after 5k (3.2 miles) I decided to make it a nice round 4 miles. My breathing stay consistent and I was able to keep up a strong 7:40 mile pace.

Second, I was able to breeze through a writing assignment I had been procrastinating for a few weeks. Usually it takes me a while to sit down and churn out 2,000 or more words. Today it was like the words rolled off my fingers and into the Word document.

Lastly, I found myself to be a bit more social than I normally am at a big dinner that I was at later in the day. I’m not an introvert by any means but I certainly don’t talk and tell as many stories as I did on day four of using Noocube.

One thing I’ve started to notice is that my dreams are really vivid and once I’m in bed, I’m usually out like a light within 15 minutes. The added benefit of helping me sleep better is definitely a big plus for Noocube in my book.

Today I felt the effects of Noocube start to wane a bit in the morning. I was tired well into the morning, had brain fog, and even had a slight headache. This could be because I hadn’t slept well the night before (allergies kept me up).

Mid-afternoon I decided to take a quick nap to see if I could wake up feeling refreshed. This “quick nap” turned into an hour and a half nap. I did end up feeling refreshed after the nap and the effects of Noocube did kick in a bit more too. However, I wasn’t able to get much done today due to feeling mentally and physically tired for most of the day.

After six consecutive days of taking Noocube, I have to say that its effects on my cognitive state are very similar to Alpha Brain. One of the most similar effects that Noocube has when compared to Alpha Brain is its ability to create a calming and euphoric focus. Its unlike other nootropics which sometimes give me energy but with the negative effects of anxiety or jitters. 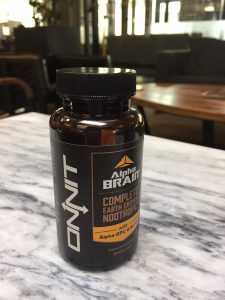 When first opening up my bottle of Noocube and reading over the ingredients, I remember saying to myself, “This looks familiar”. Then I took out my bottle of Alpha Brain, placed the bottles next to each other, and read over both ingredients. They were almost exactly the same.

Normally I would complain but Noocube did something smart, they priced it lower than Alpha Brain. At first glance, one bottle of Noocube doesn’t look less expensive than Alpha Brain but when you add in taxes and shipping (which is free with Noocube) Alpha Brain becomes more expensive. Also, when you purchase the 3-bottle Noocube bundle, they give you 3 additional bottles. I’ve never seen a deal better than that for a supplement that is comparable to Onnit’s Alpha Brain.

Noocube is a great nootropic. I’m sure there are a lot of people out there that will say it is just a copy of Alpha Brain and that they should have come up with a unique blend. To be honest, I did think that but at the same time, Alpha Brain has a great product too. Noocube is taking something that is proven to work and selling at a lower price. There’s pros and cons to that business model but at the end of the day, the consumer is the winner.

Aside from having a positive experience reviewing Noocube, I also like the fact that they offer a 60-day money back guarantee. This isn’t as good as Alpha Brain’s “Keep It” policy but it’s better than nothing.

I think Noocube makes a great starter nootropic. If I was a student who needed a nootropic to help me study and was looking to save money, Noocube would be a great option. It’s also one of those nootropics I leave in my desk drawer for when I have long and tedious projects to complete.

If you’re interested in Noocube, check out the best price here. Or, if you’ve tried Noocube, let me know what you thought in the comments below!

Noocube Rating
4.4
Mood
3.9
Energy
4.6
Focus
4.4
Memory
4.6
Verbal Intelligence
Overall Rating 4.4 / 5
DISCLAIMER: We are not doctors. The opinions on this website are not to be taken as medical advice. None of these opinions have been reviewed by the FDA. Consult your doctor before taking any supplements. We receive free products to review and participate in affiliate programs, where we are compensated for items purchased through links from our site (at no cost to the buyer). See our disclosure page for our list of comped products and affiliate programs. BrainWiz.org is a participant in the Amazon Services LLC Associates Program, an affiliate advertising program designed to provide a means for sites to earn advertising fees by advertising and linking to amazon.com. 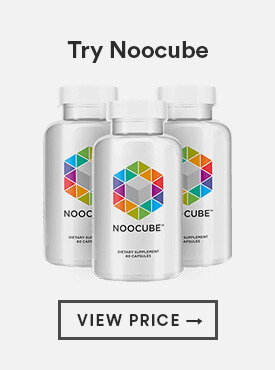