In the world of nootropics, it’s easy to find products with big marketing and a lack of information available to back it up. What’s in the supplement, and how will it affect my performance, focus, and memory? These are all areas we work hard to get to the bottom of when we test out a new supplement. When we set out to review Lumonol, we didn’t have any trouble finding information from the company behind it.

Developed and manufactured in the United States by Avanse Nutraceuticals, Lumonol’s site provides a great deal of content on its ingredients and effectiveness, along with a 90 day money back guarantee. We set out to find out if the information and transparency on their site matched up with a quality product. Read below for our full Lumonol review. 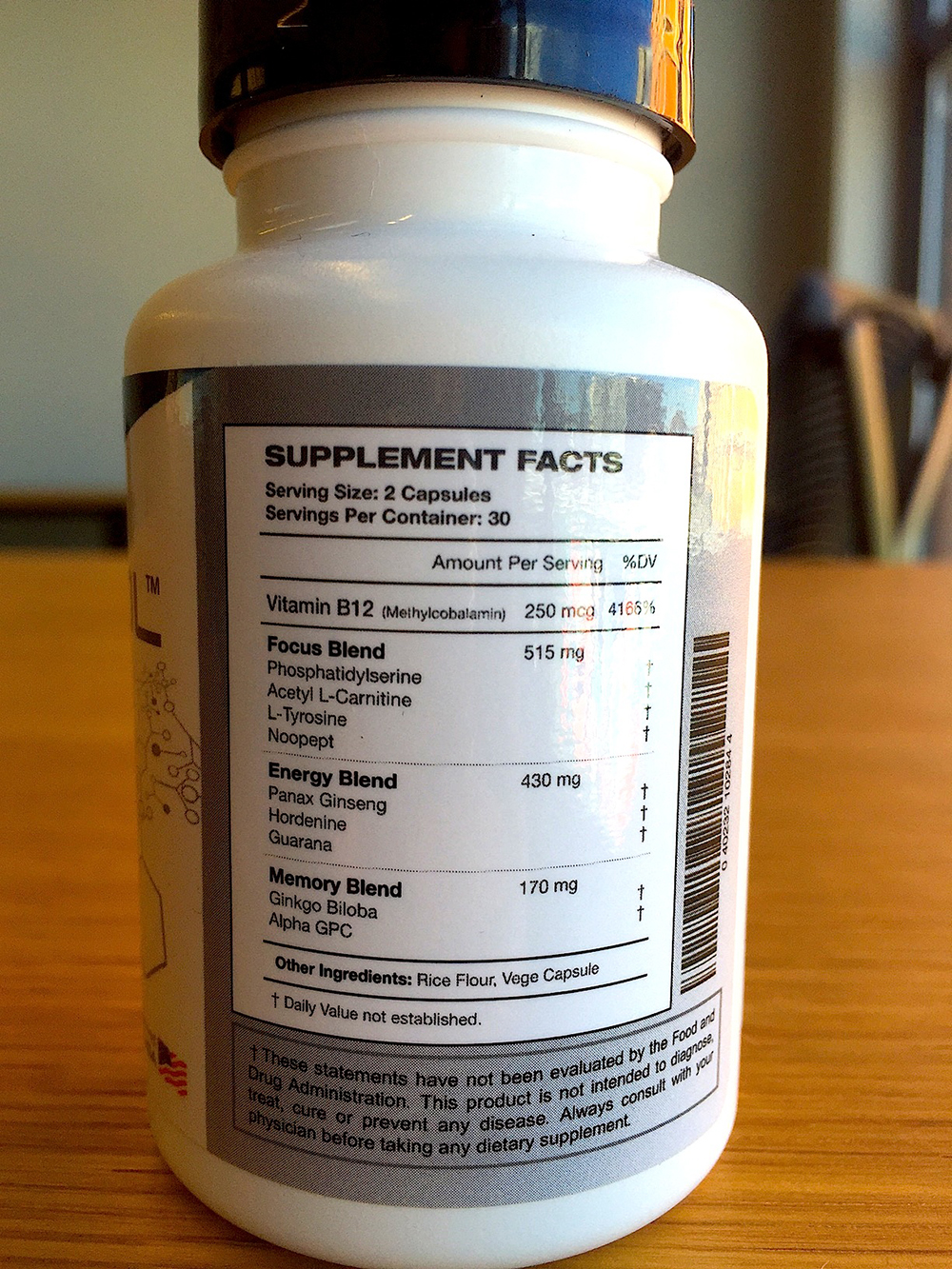 For mental performance, focus and energy: Start with 2 capsules per day. Lumonol’s effects are cumulative, building over time. With that said, Lumonol does provide an intense boost to motivation within 20 minutes of ingestion. We recommend that if you are new to nootropics that upon receiving your Lumonol order you run a sensitivity test by consuming a single capsule per day for the first few days.

Serving Size: Upon successful completion of a 1 capsule “tolerance test day”, take 2 capsules per day. You may take Lumonol before eating, or after, and may consume after lunchtime if a productive afternoon is required. Taking Lumonol too close to bedtime may result in a restless night. Lumonol should be supplemented in 90 day cycles, with 15 – 30 days break in between. Lumonol’s effects build with time.

We had BrainWiz testers take between 1 and 2 capsules per day.

“I really like this supplement. I felt sharp and alert during my Lumonol trial. I was a little cautious taking this supplement, since there was no listed amount for the guarana in the Energy Blend portion of the product. I’m quite sensitive to caffeine, and had heard that guarana had over twice the amount of caffeine as coffee. I started with 1 capsule, and there was a definite surge in energy, but it felt controlled and even, lasting about 6 hours.”

“I loved the clean energy I got from this supplement. I took it an hour before my workout, and I felt like I was able to push as far as I needed to at the gym. There was a definite mental clarity and quickness. I’m interested to see how the cumulative effects of this supplement work. I took two capsules 30 minutes before my workout.”

“I took this supplement for the first time on a workday filled with back-to-back meetings. I had no trouble remembering information for a number of questions that came up, and felt focused, hours after taking it. I took 2 capsules, along with my morning coffee.”

“I really like the way this supplement made me feel both physically and mentally. I’m willing to try it for the full 90 days, to see if I get the purported heightened senses and memory boost that comes along with the cumulative effects of Noopept.”

Often times it can seem like many of the nootropics on the market today are just the same blends of ingredients under different labels. I started to feel that way until stumbling upon Lumonol.

When reading the ingredients list for Lumonol, I was surprised. It didn’t have a similar ingredients list to some of the other popular nootropics on the market. Most notably, it contained noopept. I was unfamiliar with using noopept at the time of receiving my first bottle of Lumonol and had only read a few different articles on its effects. While I was intrigued, I was also wary. Many of the stories I heard made noopept seem too good to be true.

Although I was wary, I kept an open mind and started the first day of my review with half a dose to see how my body reacted. Within the first 15 minutes I felt the effects. My morning brain fog was washed away and replaced with a calm and focused energy. This very well could be the quickest I’ve ever felt a nootropic begin to work.

Throughout using Lumonol, I noticed a much stronger focus during the day. My energy levels were also kicked up a notch. I believe this was because of the blend of caffeine and noopept which allowed me to focus with an increase in energy.

The only downside to taking Lumonol was that I accidentally mixed it with 2 cups of coffee a few times. This led to a big increase in energy and a crash later in the day.

Lumonol proved itself to be one of the best nootropics I’ve ever taken and it has become a regular nootropic I take, when needed.

What Are Lumonol Side Effects?

As with any nootropic stack, individual tolerance and experience may vary. Our testers didn’t experience significant side effects from Lumonol beyond enhanced focus and energy, though a few suggested that taking more than the recommended dose may cause jitters if they were to do so (these testers, like Chad, tend to me more sensitive to caffeine).

Some studies suggest the ingredient Noopept may have a significantly lower instance of side effects than compounds like Piracetam, which we see in many other nootropic stacks. Noopept may also have some neuroprotective effects, helping prevent damage to certain groups of cells in the brain.

If you’re sensitive to caffeine or stimulants, it may be a good idea to start with less than the recommended dose or only try one capsule of Lumonol within 24 hours to start. It may also be a good idea to avoid taking with other caffeine sources, like coffee, the first couple times you try Lumonol. Discontinue if you feel any negative side effects or impairment.

Lumonol surprised us with the both the quality of cognitive enhancement and the speed with which it acts. Noopept leads a high-quality combination of nootropic ingredients with a great deal of synergistic interactions. While the focus and energy boosts were pronounced, in our review of Lumonol, the nootropic stack’s effect on memory recall was what really impressed us. Apart from a few instances of jitteriness, we felt no negative side effects. However, due to the diverse and potent ingredients in the supplement, user experience is likely to vary significantly with Lumonol; start slow, and discontinue use if you feel any negative side effects or impairment.

The company has also released Lumonol Nova (which contains caffeine and other ingredients) to stack with original Lumonol for a more potent nootropic effect. Lumonol will definitely remain in our nootropic repertoire for the time being.
DISCLAIMER: We are not doctors. The opinions on this website are not to be taken as medical advice. None of these opinions have been reviewed by the FDA. Consult your doctor before taking any supplements. We receive free products to review and participate in affiliate programs, where we are compensated for items purchased through links from our site (at no cost to the buyer). See our disclosure page for our list of comped products and affiliate programs. BrainWiz.org is a participant in the Amazon Services LLC Associates Program, an affiliate advertising program designed to provide a means for sites to earn advertising fees by advertising and linking to amazon.com.